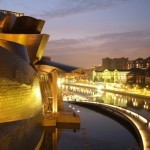 Motivated by the Modern Movement, many contemporary architects seek to provide innovation and technology in their designs. In complete contrast to the decorative, ornate buildings of the Victorian and Art Deco eras, contemporary buildings are designed under the banner of “form over function.” This type of architecture can be seen throughout the world and has put a handful of brilliant architects on the map.

Let’s start in Spain with Enric Miralles. Influenced by other Spanish architects, his designs include free forms using steel and connecting with the surrounding environment. He often utilized commonly unused materials to blend his buildings into Spanish cities and towns. His largest and most famous architectural design however, was the Scottish Parliament Building.

American contemporary architect, Steven Holl graduated from the University of Washington and went on to study in Rome. His designs, which can be seen in Massachusetts, Kansas City and Beijing, China all fit perfectly into the culture and feeling of their environments. Each completely different from each other, none of them stick out like a tall glass skyscraper would in their respective cities.

Renzo Piano was born in Italy to a family of seasoned builders. Some say he was born to be an architect. He first collaborated with many different architects, but eventually broke away to produce his own contemporary designs. He is well known for the Morgan Library in New York City and the NEMO museum in Amsterdam. In 2006, Time Magazine chose him as one of the 100 most influential people in the world.

These architects have all pushed the boundaries of contemporary design and construction. They have taken risks and produced some of the most notable buildings of the era. They are a great reflection of how contemporary architecture has moved and transformed throughout the globe, resulting in functional, modern buildings.